Overview of FRONTEO’s businesses and strategies

The FRONTEO Group envisions expanding into four fields in order to draw the utmost from the capabilities of KIBIT, an AI that can understand the subtle elements of human thought, and utilizing them for the benefit of society. More specifically, we aim to realize a “society in which AI understands humans and stays close to provide support” at an early stage in the three areas of AI solutions business (business intelligence, digital communications and healthcare), in addition to the foundation of our business, legaltech. We are committed to strengthening the following aspects in order to continue to expand and grow these businesses.

The eDiscovery market has been expanding at an average annual rate of 15 percent with over 1,000 companies entering into the market in the U.S. Under such an environment, our company group will, as an eDiscovery vendor from Asia, press ahead with expansion of businesses in the eDiscovery market through acceleration of cross-border sales activities on a global scale by capitalizing on Asian-language compatibility, a strength of the independently developed eDiscovery support system, “Lit i View”; high efficiency realized under the AI technology, “Predictive Coding”; and capabilities for offering one-stop solutions for the entire eDiscovery process, as well as on our expertise based on abundant track records of providing support. 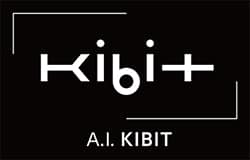 Initiatives to incorporate AI for improving operational efficiency at firms have been reported on in newspapers daily, attracting considerable attention. Amid such circumstances, the AI engine KIBIT, which was independently developed by FRONTEO, has become more widely known as one of a very few AI engines used in Japan. This recognition is based on our strength of having superior track records of introducing KIBIT in a variety of business scenarios and the technology’s high operability with small amounts of training data as well as our consultation capabilities offering a full range of support from task analysis prior to introduction to operational support. In particular, a new coined term, “RegTech (Regulation Technology),” has appeared among financial institutions following “FinTech,” suggesting the strong need for swift improvement of operational accuracy through utilization of AI to deal with tighter regulations. In light of such trends, we intend to focus our KIBIT sales activities on the RegTech field going forward. While expectations for AI are mounting as mentioned above, we have found that companies using AI often lack an understanding of AI characteristics, or lack personnel to analyze the data. Learning from such facts, we will work to further develop markets by eliminating obstacles impeding AI introduction by improving support systems for the introduction and operation of AI as well as providing training programs to cultivate AI personnel in user companies.

In the field of healthcare, the shortage of medical workers and care-givers has been a major issue while increases in the number of patients continue to escalate with the aging of society. As constant operational streamlining at medical/care-providing fields is essential, the potential AI market is expected to be quite large. Since KIBIT, which has been fostered under the demand environment for speed, quality of analysis and confidentiality in our legal intelligence business, possesses a strong affinity with the needs for information management and analysis in medical fields and is likely to help improve quality of medical/care-providing services in many cases, we have positioned healthcare as a growth pillar over the medium to long term and intend to make proactive investments. Healthcare is a field that requires more time than others to become profitable as it involves processes such as joint development, PoC trials and clinical testing with medical institutions. However, since there are projects, including a system to prevent attrition of employees at medical/care-providing workplaces as well as MR efficiency support, which can bring profits in a short term by applying the know-how accumulated in the business intelligence field, we will concentrate our efforts on developing a product pipeline that generates profits over the short, medium and long terms going forward.

For information concerning the business strategy, please refer to the earnings briefing materials and the reports on the financial results.

Reports on the financial results