The cycle of "enthusiasm, obsession, and emotion"
Leading a company to a new stage of growth 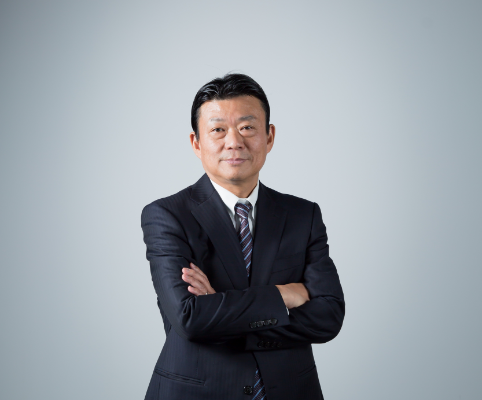 Aiming to become an astronaut, but not fulfilled

Morimoto was born in 1966 in Osaka, four years before the first World Expo in Asia.As a boy, he trained his mind and body with baseball and basketball.He also worked hard to study and went on to the prestigious local Toyonaka High School.As a boy, Morimoto had a dream that he had secretly warmed up.It's about becoming an astronaut.Morimoto, who was informed that it was a shortcut to become an Air Force pilot for that purpose, went on to the National Defense Academy.However, his eyesight deteriorated while he was in school, and he had to give up his path to becoming a pilot.Morimoto changed his mind and chose the path of the Maritime Self-Defense Force.He worked for the Maritime Self-Defense Force escort ship, but retired in 4.After that, Morimoto, who was researching semiconductors at the National Defense Academy, changed his job to Applied Materials Japan Co., Ltd. from his experience of focusing on semiconductors in his graduation research.Morimoto lived a fulfilling life, but in 1994, the IT bubble burst and many IT companies were forced to undergo structural reforms to survive, and the outlook for the entire industry was uncertain.Taking this opportunity, Morimoto retired from Applied Materials in 2000 as his desire to "do what he wanted to do" became stronger day by day.

Morimoto, who was searching for his own path, told the university alumni association that there was a field called discovery (a process in which a specialized contractor supports evidence extraction and analysis work) necessary for the litigation system unique to the United States. heard.In conducting this discovery, evidence of information leakage and corporate fraud is dealt with by high-tech technology such as forensics that uses IT to identify it, but in lawsuits in the United States, many do not know the structure and how to fight. Asian companies are struggling.Morimoto wanted to get rid of this situation.Initially, he encouraged several acquaintances to start a business, but no one responded positively.So I decided to start my own business.However, at this point, there are no products, no connections, no funds.It was just nothing. It was the spirit of supporting entrepreneurship that companies like UBIC (currently FRONTEO Inc.) do not exist in Asia at all.Morimoto was burning with a sense of mission that he had to do it.And in 2003, UBIC was born in a small office in Akasaka, Tokyo.We started importing and selling US-made forensic tools, but those tools were products that did not support Asian languages ​​such as Japanese.Morimoto, who found a business opportunity there, decided to develop the Asian language analysis technology in-house ahead of the rest of the world and develop it in discovery support as well.Several people who sympathized with Morimoto's enthusiasm joined UBIC, which had just been founded, and started in-house development.After some hard work, I released a Japanese version, and law enforcement agencies and major companies bought it.Morimoto entered the world of discovery while building a foothold in this way.

The motto is "Enthusiasm, obsession, impression"

Morimoto's motto as a manager is "enthusiasm, obsession, and excitement."Without enthusiasm, nothing starts in the first place.However, it is not possible to continue the business with transient enthusiasm.Whenever you start a new business, you need to take on the challenge.To overcome this, hard working is required both mentally and physically.What makes it possible is obsession, and what is realized and achieved with enthusiasm and tenacity impresses the surroundings.The idea is that the emotions of the surroundings will become a new heat source and the next cycle will begin.With this enthusiasm and dedication, Morimoto has independently completed the world's first and only Asian language-enabled eDiscovery support tool, "Lit i View®." “It gave UBIC great confidence and wealth to be able to proceed with this development on its own,” Morimoto recalls.And the hardships at this time will have great significance later. 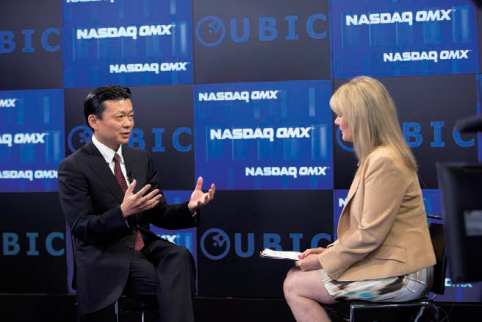 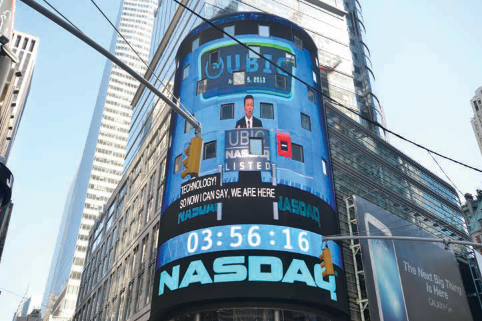 At the NASDAQ Closing Bell Ceremony held in New York, USA in August 2013 (delisted from NASDAQ in February 8)

UBIC has succeeded in developing the "Lit iView" series, which dramatically improves the efficiency of evidence disclosure work, and has expanded its business performance.Furthermore, we have succeeded in developing "KIBIT", an original artificial intelligence that utilizes the tacit knowledge of experts.Conventional artificial intelligence is based on statistical processing, but UBIC's "behavioral information science" combines behavioral science that analyzes human behavior and thinking patterns with information science that makes full use of statistics and data mining. It was developed based on the original concept of ". The completely original idea of ​​utilizing "tacit knowledge", which is said to be "non-verbalized knowledge based on human senses and experience", is carried through, and artificial intelligence learns even the expert's "intuition". It can be incorporated into various problem solving.In other words, UBIC's artificial intelligence is different from conventional artificial intelligence, and the Institute for Behavioral Information Science has been established in-house for its research and development.The technology for extracting necessary data with high accuracy from the huge amount of data cultivated through litigation support is expanding the possibility of being used as the most important data analysis technology in big data analysis.In the future, "KIBIT", which utilizes the tacit knowledge of experts in each field, will be able to utilize the speedy and highly accurate analysis results for the progress of society by performing big data analysis on behalf of people.The technology that UBIC has nurtured so far has jumped out of the legal and legal affairs and is beginning to show great potential. 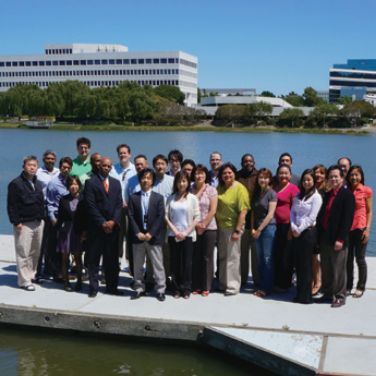 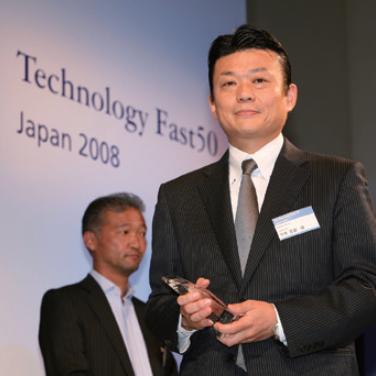 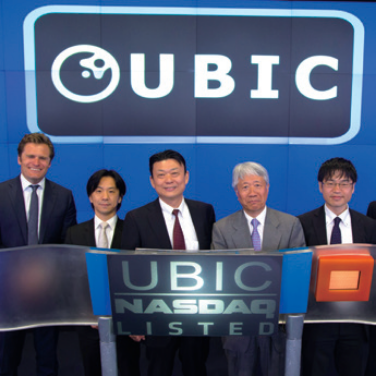