Born in Osaka in 1966. After graduating from the National Defense Academy in 1989, worked on a Maritime Self-Defense Force escort ship.After retiring, after working for Applied Materials Japan Co., Ltd., a semiconductor manufacturing equipment manufacturer, established UBIC (currently FRONTEO) in 2003.We support international litigation measures of global companies with big data analysis technology, and promote the development and practical application of the artificial intelligence engine "KIBIT" that applies the research results of natural language processing and artificial intelligence. Listed on TSE Mothers in 2007 and listed on NASDAQ * in the United States in 2013, expanding its business field from founding businesses such as forensic research and international litigation support to business intelligence and healthcare.Later, we developed our own artificial intelligence "Concept Encoder" (artificial intelligence that quantifies the characteristics of text using "vectorization of words and documents" in the morphological analysis of natural language processing technology) specialized in healthcare industry. (Released in May 2018).Currently, as CEO of the FRONTEO Group, he is leading business development in various fields such as finance, intellectual property, human resources, and medical fields, centered on two AIs, KIBIT and Concept Encoder.
Certified Fraud Examiner (CFE), Director of NPO Digital Forensics Study Group, Member of Police Policy Association.
* Delisted in February 2020 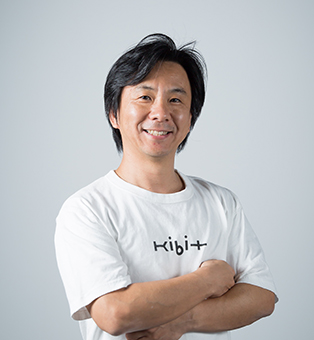 After graduating from the Faculty of Science at Chiba University, he joined Applied Materials Japan Co., Ltd., a semiconductor manufacturing equipment manufacturer. After joining UBIC (currently FRONTEO) in 2003, he oversaw the planning and risk consulting of digital forensics and discovery (evidence disclosure support in international litigation) services. After assuming the post of Executive Vice President in 2007, he directed the establishment of a US corporation and listing on NASDAQ *. Since then, we have been working to expand the fields of utilization of the artificial intelligence "KIBIT" developed in-house, and in 2015, we built UBIC MEDICAL (later renamed to FRONTEO Healthcare, and was absorbed by FRONTEO in October 2019), a subsidiary that provides medical data analysis solutions using KIBIT. After assuming the post of president, CEO of FRONTEO USA, Inc., a consolidated subsidiary, he held prominent positions such as General Manager of Global Legal Headquarters (since March 10) , Chief Operating Officer (COO, since October 2017). He directs the entire legal tech AI business, and is focusing on further structural reforms and business strengthening. Nowadays, he focuses on penetrating AI-powered document review tool into Legaltech industry where most of the operations were carried out manually.
* Delisted in February 2020. 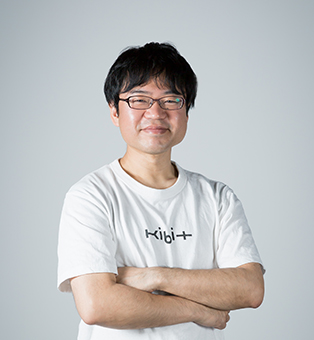 In the early days of the Internet in the late 90's, he started his career as a director and engineer of Web systems.Engaged in a wide range of system construction from front end to infrastructure. Since 2002, he has been engaged in the development of data mining technology that applies natural language processing (NLP) at multiple venture companies, and is working on the commercialization of the results. Joined UBIC (currently FRONTEO) in 2009. Leading the research and development of artificial intelligence related technology centered on NLP, developed the artificial intelligence engine "KIBIT".We have achieved good results in the legal field in the United States, expanded the scope of application to other fields such as business intelligence, and realized commercialization one after another.
In 2013, he became CTO of the Executive Officer, and with the opening of the Institute for Behavioral Information Science in 2014, he became the director of the Institute. In 2016, he became a director.

Joined Sumitomo Trust and Banking Co., Ltd. (currently Sumitomo Mitsui Trust and Banking Corporation) in 1993 and engaged in real estate sales and property management. Joined Asahi Audit Corporation (currently Azusa Audit Corporation) in 1999, engaged in accounting audits, M & A, and corporate revitalization consulting services. After joining Sanyo Electric Co., Ltd. in 2003, he has served as a human resources planning manager, general manager of corporate planning including management of a Chinese subsidiary, and senior vice president of CFO and management department of a US subsidiary. In 2012, he joined Konami Co., Ltd. (currently Konami Holdings Co., Ltd.), where he was the general manager of corporate planning and the senior vice president and president of the management department of a US sales subsidiary. Joined Y International Co., Ltd. in 2015 and manages the entire company as CFO and Executive Vice President. Joined FRONTEO in August 2017, and as the general manager of the management division, oversees the finance department, human resources and general affairs department, information system department, and legal department, and supports FRONTEO's business development. Appointed director in July 8.
Certified accountant (qualified person), real estate appraiser. 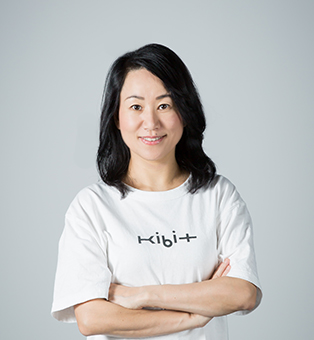 After joining an advertising agency, worked for a risk management company.Launch the mental health care business, execute business plans, product development, marketing, and sales strategies, and lead to the top share in the industry. In 2014, he became a director of the company and was listed on the First Section of the Tokyo Stock Exchange in 2017. Joined FRONTEO in December 2018, and led the president's office and life science AI business as an executive officer from June 12. Appointed as a director in June 2019, and is in charge of and directs the entire AI solution business.
In addition to advancing development in the digital health field such as diagnostic support and disease prediction using the artificial intelligence engine "Concept Encoder", we are also developing a drug discovery support AI system that supports speeding up of candidate compound discovery in the drug discovery area. Take on the challenge of new areas in life science.

Outside Audit & Supervisory Board Member 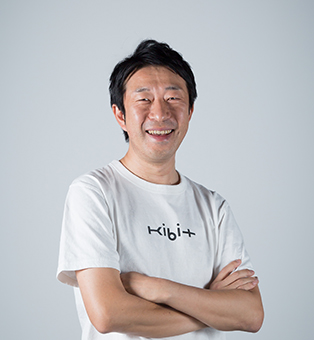 Joined Applied Materials Japan Co., Ltd. in 1997 and is involved in product launch and maintenance at customers as a customer engineer. In 2004, he joined UBIC, the predecessor of FRONTEO.Since then, as corporate compliance support, we have provided solutions for internal fraud investigation and auditing such as confidential information leakage and fraud accounting using digital forensics.In addition, based on his abundant knowledge and experience, he provided support for the disclosure of evidence (e-discovery) necessary for international proceedings in the United States and other countries, and served as the general manager of Legal Tech. Appointed executive officer in 2008 and chief engineer in 2013 (both are incumbent).Currently, in addition to engaging in advisory services centered on the operations of the entire legal business, he also serves as the president of PCF FRONTEO (a subsidiary of FRONTEO), a company specializing in credit card information leakage investigations.
So far, he has trained a large number of investigators by training as a digital forensics instructor for private companies and law enforcement agencies.He is also engaged in activities that contribute to the development of the industry, such as serving as an outside lecturer for the Tokyo Denki University International Cyber ​​Security Special Course (CySec) for universities.He is a Certified Fraud Examiner (CFE) and EnCase Certified Examiner (EnCE). 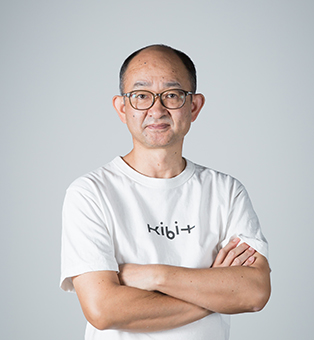 Joined Seikosha Co., Ltd. in 1989 and engaged in the development of manufacturing technology and application of liquid crystal devices in the R & D department. Joined Applied Materials Japan Co., Ltd. in 1996, in charge of development and marketing of hardware and process technology for semiconductor manufacturing equipment.
In 2007, he joined UBIC, the predecessor of FRONTEO. In 2008, he became an executive officer and general manager of the Technology Division (currently the Client Technology Division). In 2013, he became CCTO (Chief Client Technology Officer).Currently, he is also the Deputy Assistant to the Corporate Planning Department.Since joining the company, he has been in charge of coordinating business promotion, negotiating with US law firms, and consulting with client companies in the discovery business that supports technological development and evidence disclosure in international proceedings.He is also involved in the utilization and practice of artificial intelligence for legal technology that supports discovery, internal investigations of companies, and audits, and the development of AI businesses outside the legal field. 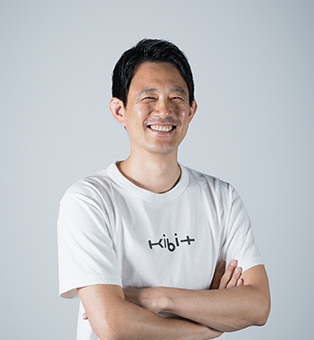 He came to Japan in 1998 after graduating from the Faculty of Social Policy, University of York, England.Joined a telecommunications company and experienced sales and business development.After that, he was involved in sales strategy and global alliance at several global IT-related companies, leading the business. Since 2014, he has participated in the cyber security business, serving as president of a Japanese corporation of a foreign-affiliated company, global control of three major telecommunications companies in Cisco's security business division, and executive officer of Symantec.Oversees global business and realizes rapid business expansion by reducing costs and improving management efficiency.
Joined FRONTEO in October 2019 as the person in charge of Asian business. Appointed executive officer in June 10.
He leads the market creation and business development of our three AI solutions, Legal Tech, Business Solutions and Life Sciences in the Asian region.

He graduated from Hitotsubashi University Faculty of Commerce in 1983 and received a Master of Business Administration (MBA) from the University of Chicago School of Business in 1987.After working at a private hospital and company, worked at the National Institute of Public Health and Hospital Management (now the National Institute of Public Health), Medical Economics Research Department from 1989 to 1998 (Senior Researcher from 95). Retired from the Ministry of Health and Welfare in 98, and concurrently served as a professor at the Faculty of Economics, Nihon Fukushi University, a senior researcher at Nihon Fukushi University, a faculty fellow at the Ministry of Economy, Trade and Industry, and a visiting researcher at Stanford University. He has been in his current position since April 4.In addition, he is also a visiting professor at Japan-China Friendship Hospital, an emeritus professor at Shenyang Medical School, a visiting professor at Ningxia Medical University, and a special member of the China Health Industry Magazine Special Committee.Recent publications include "Is the visible landscape changing? A pharmacy in 2000 (Yakuji Nippo Co., Ltd., 4)", "The key to the success of a comprehensive community care system (Japan City Center, 2040)", "Visualization" "Introduction to Medical Economics (Medical and Dental Publishing Co., Ltd., 2016)", "Points of the Sixth Medical Law Amendment and Response Strategy 2015 (Japan Medical Planning, 2014)", "People's Insurance Can Still Be Saved (Freedom)" Kobo, 60) ”,“ Is Medical Regeneration Possible (Chikuma Shinsho, 2014) ”,“ Hospital Dignity (Japan Medical Planning, 2011) ”

Graduated from the Department of Mechanical Engineering, National Defense Academy, and completed the master's program (area studies) at the University of Tsukuba.Became a submarine rider in the Maritime Self-Defense Force.Captain Hayashio, Defense Attaché of the Japanese Embassy in the United States, Commander of the 2nd Submarine, Chief of the Public Relations Office of the Maritime Staff Office, Chief of the Information Division, Information Officer of the Defense Intelligence Headquarters, Chief of the Command and Communication Information Department of the Maritime Staff Office, Maritime Self-Defense Force After working as the second art school chief, the integrated staff school chief, and the Maritime Self-Defense Force Kure district general manager, he has been a professor at the Kanazawa Institute of Technology Graduate School (Toranomon Campus) since 2 (Department of Innovation Management, Graduate School of Innovation Management).

Specialty: Leadership theory, organization theory, security theory, media theory, international relations theory, crisis management
Treatises / Books:
Dissertation: Russian Foreign Policy (Analysis from Cultural Anthropological Aspects)
・ Book: "Leadership can be acquired by anyone" (AlphaPolis 2018)
・ Supervision: "Defense Simulation! Self-Defense Forces vs Unified Korea" (Takarajimasha 2020)
・ Many contributions to Sankei Shimbun Seiron column authors and other newspapers and magazines
Awards: Received "The Legion of Merit" from the US Defense Attaché for his work as a Defense Attaché, and "The Legion of Merit" from the US Defense Secretary for his work as Chief of the Sea
Other specialized information: He is a director of the Japan Society for Security and Crisis Management, a permanent member of the National Defense Association, and a director of the Japan Leadership Association.