KIBIT, Legal
Corporate Communication Team
FRONTEO started from the legal tech business in 2003. This time, we interviewed Takeda, who is also the CTO of FRONTEO and the director of the Institute for Behavioral Information Science, about the future of legal tech that FRONTEO envisions.We will deliver the situation! * Reprinted from Wantedly (May 2018, 5).

Joined FRONTEO (UBIC at that time) in 2009. Leading the research and development of artificial intelligence related technology centered on NLP, developed the artificial intelligence engine "KIBIT".It has achieved good results in the legal field in the United States, expanded its scope of application to other fields, and has been commercialized one after another.

About the global situation of legal business

There are several types of legal business markets, but the big one is eDiscovery.* ¹In the area related to international proceedings centered on the United States, it is growing at an annual rate of 15%.In the task of finding evidence from communication data such as emails, reports, and technical documents in the company, most of the analysis is done in these natural texts. Not only data on the Web but also such in-house data is becoming big data, and the amount of data handled when searching for evidence is increasing, which is a major factor in the expansion of the market.On the other hand, the pressure to reduce the unit price in the market has been increasing in recent years.What this means is that, as in the past, the service menu relies solely on human power, and there will soon be a limit to the progress of this business. eDiscovery Outsourcing Service* ² Service vendors that provide services will face a tough battle in the future, and the consolidation of US service vendors that has been seen in recent years is expected to continue. * ¹  eDiscovery refers to the discovery procedure in US civil lawsuits, especially for electronic documents and data. * ²  Enterprises typically use outsourcing services to drive the eDiscovery process.

On the other hand, regarding technology vendors that provide software to the industry, technology vendors in this industry do not deliver products directly to end users, but basically deliver the technology to the market through service vendors.As mentioned earlier, the consolidation and abolition of service vendors who are users will progress, and as the number of sales destinations decreases, the market situation will eventually lead to intensive relationships with a small number of service vendors.As a result, the meaning of technology and services being separate ventures is likely to diminish.Also, looking at the trends of technology vendors in the legal tech industry over the past 10 years, even though they were acquired by a major IT company when the company scale grew to a reasonable scale, new development after the acquisition was delayed and disappeared as a player. The situation is continuously seen.The reality is that management gets the benefits of exiting, and as a result, the impact of growing companies and their technologies on the industry is not always well correlated.

Given these trends in the e-discovery market, the situation of FRONTEO can be said to be peculiar.First of all, FRONTEO has two faces as a legal tech player, a service vendor and a technology vendor.FRONTEO's specialty as a service vendor is cross-border projects (corresponding to proceedings of companies outside the United States. Because there are many stakeholders such as overseas headquarters and US headquarters, US lawyer offices, and head office lawyer offices, and they are dispersed in various places. (Difficult to control deals) is less susceptible to the above-mentioned pressure to reduce prices in the United States, and has an advantage over other service vendors that can only handle in the United States.This is because FRONTEO is a company originating in Japan and Asia, while most of the service vendors of eDiscovery are US companies.In addition, FRONTEO as a technology vendor has the advantage of being able to process languages ​​other than English correctly, which has been its strength in the past, and has been focusing on the language analysis engine KIBIT for several years in areas other than e-discovery (financial compliance, In the analysis of patent information, analysis of personnel documents such as personnel interview records and entry sheets), we have experience in analyzing various types of text data for the purpose of analysis other than finding evidence of litigation.As a result, the general know-how of text analysis and the brush-up of the analysis engine are progressing.No other eDiscovery technology vendor has the support for such diverse analytics.However, on the flip side, it can be said that in the last few years, much of the in-house technology development resources have been prioritized in launching new fields.However, with the prospect of turning a new business other than e-discovery into the black last year, it is now a new way to return the know-how accumulated in other fields to the e-discovery area.We are developing AI Review software.In addition, Lit i View, which has supported FRONTEO's litigation support service as a service platform since 2010, has been improved in scalability while maintaining the all-in-one goodness not found in other technology vendors, and software Second generation development is underway to increase flexibility on the UX. 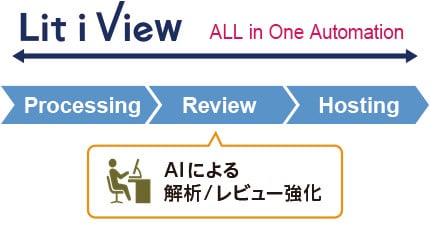 It is extremely important that we have the faces of both service vendors and technology vendors in developing the second generation Lit i View and AI Review software. Between 2014 and 2016, FRONTEO acquired three US service vendors.The US staff, who are experts in eDiscovery operations in the United States, the staff in Asia, who are cross-border experts, and the staff in the technology department are rushing to develop a new platform.

What we want to achieve with the new AI Review software is a transformation of the business model in document review in the United States.In the world of legal proceedings, when conducting a document review to look for evidence, it is common to charge the reviewer's time to look for evidence as a man-month fee.Why is the monthly fee charged normally?To understand that, we need to know the difficulty of the task of reviewing.Various types of documents (email, ward, excel, PowerPoint, PDF, etc.) according to different evidence search protocols for each case (what kind of documents are searched for as evidence, policies and rules set by lawyers) Is read and it is judged whether it is evidence or not, but the content written in the document, the difficulty of reading, and the length also differ depending on the document.In addition, the written content varies depending on the company and industry involved in the proceedings.Therefore, it is difficult to predict how fast the review can proceed in advance, so the reviewer has to select a model that charges the client based on the actual cost of movement. Is the reality.However, if the speed of review can be kept constant by language processing technology and the difficulty of reading comprehension can be accurately judged in advance, a business model of charging with the number of documents will be established.With the amount of data growing rapidly, charging with the number of documents that can accurately estimate costs in advance should also be desirable for clients.Changing the pricing and charging model in an industry is not easy, but technology can be a powerful weapon if it can be achieved.

AI as a daily weapon for intellectual professionals

What I want to achieve in the last few years is a world where people are partially replaced by machines while supporting the act of reading and making decisions.It is not realistic to create a model that comprehensively analyzes judgments of various types and purposes in the world of language processing.However, if you specialize in learning for each field of adaptation, considerable partial automation is possible.Speaking of autonomous driving, the first step will be to bring Levels XNUMX to XNUMX to the daily state in the area of ​​intellectual professional judgment of reading and judging documents.In the area of ​​legal technology, we will first realize such a situation. 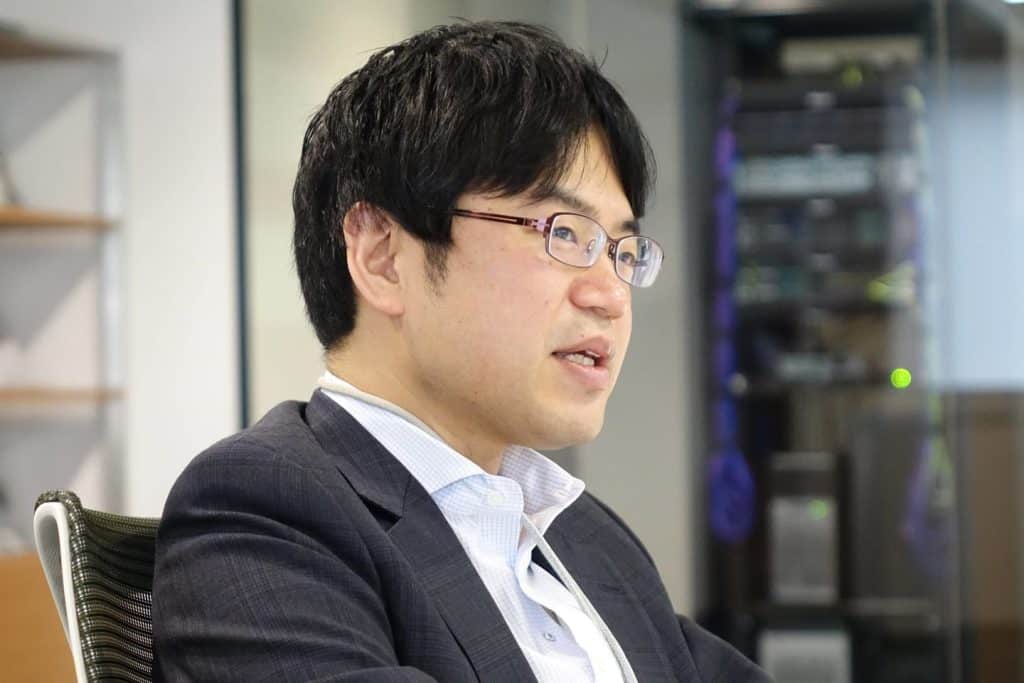 The presence of lawyers in the United States, which is said to be a major litigation country, may be difficult to realize if you live in Japan.In a society such as the United States where diverse statements are premised, lawyers who adjust interests occupy a position that can be said to be one class.That's evidenced by the fact that many US presidents are lawyers.However, in the world of litigation, the wave of IT, big data, and AI is inevitable. FRONTEO, a company that is not from the United States but has the philosophy of achieving fairness, sets the standard for new business models in the United States, the sanctuary of legal technology.This is our dream, and at the same time, it is an American thing that swallows diverse values. FRONTEO eDiscovery & Forensic Site:http://www.fronteo-legal.com/ About FRONTEO Artificial Intelligence KIBIT:https://www.fronteo.com/kibit/
Share this article
<To the previous article
To the next article>
Share this article 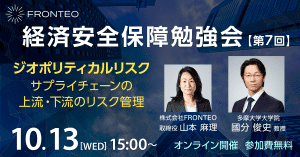 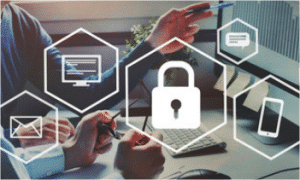 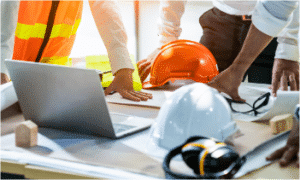 [9/14 webinar] Don't miss the signs of an accident! -Anyone, easy, and on-site AI x danger prediction- 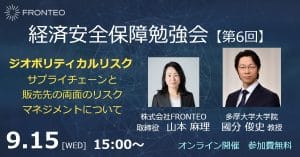 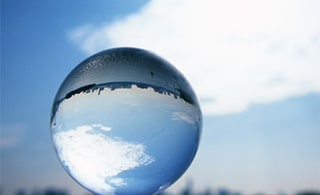 [Webinar held in September] What is the most effective takeover defense measure? -Refer to recent hostile takeover cases and court cases- 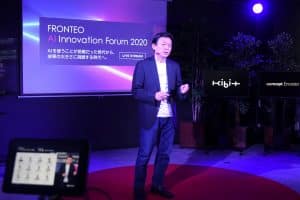 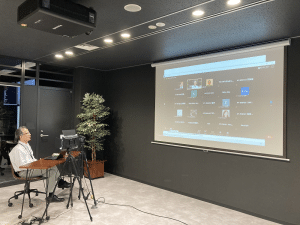